For today's post to the UrbEx Barrie blog, we cast our gaze to the south to King Township and more specifically, to former Eaton Estate.  If you have been living in Ontario (or Canada for that matter) for any great length, you will recognise the name Eaton - founded in 1869 by Timothy Eaton, the department store had grown to become one of Canada's largest retailers.  John Craig Eaton, son of the founder continued on in this family business and continued to grow the Eaton's brand.  He also had several 'named' residences built reflecting his wealth.  There was his Toronto home 'Ardwold', and his Lake Rosseau summer home 'Kawandag'. 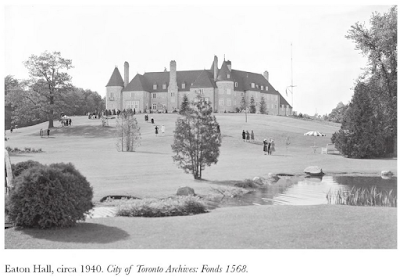 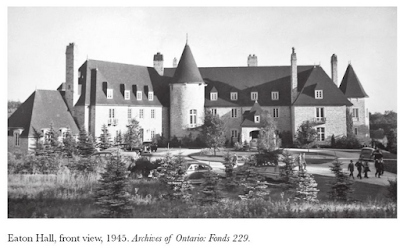 In 1901 he married Flora McCrea, latter to be known as Lady Eaton after John Craig was made Knight Bachelor during the Great War (WW I) in 1915.  After the war, Sir Henry Pellat, a family friend, coaxed the Eatons to purchase property in King Township for an Estate.  After a few short years of purchasing adjacent parcels of farm land, Villa Fiora was constructed in 1920 (or 1922?).  Unfortunately John Craig passed away without having enjoyed the 'finished' property.  Lady Eaton went on to build a more grand estate building 'Eaton Hall' overlooking Lake Jonda (aka Heart Lake / Lake Seneca) and shortly after 1939 had moved in. 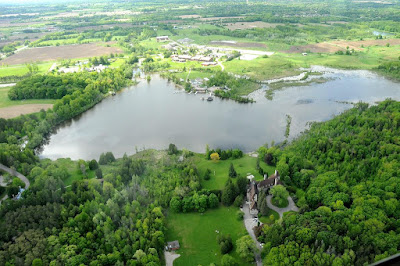 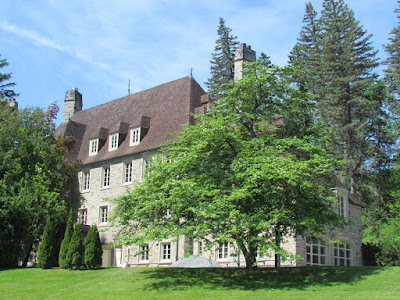 This lovely rural residence containing some 70 or so rooms is sited on 700 acres and did also have a proper production farm which itself had employed around a dozen staff. The structure has four towers and is described as a Norman style chateau.  Lady Eaton had invited a number of notable guests over the years and the estate also provided a venue for the Eaton's department store staff parties (after the second war WW II).  During the second war, Lady Eaton provided the use of Eaton Hall as a convalescent hospital and rehabilitation centre for the Royal Canadian Navy.  During this time, she had moved back to the Villa Fiori. 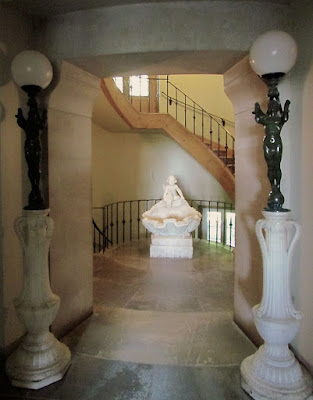 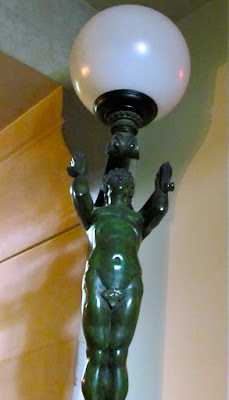 After Lady Eaton's death in 1970, the family sold the property to Seneca College to establish its King Campus.  The college used Eaton Hall as its administrative facility until 1977 when a new facility was constructed just across the Lake.  After this, the Hall was used for a Management Development Centre and then in 1991 the College leased Eaton Hall to Aramark to be converted to a public hotel and conference centre which was wildly popular for wedding venues.  In 2013, Aramark moved out and the building has had a wide range (but no dedicated) purpose.  Seneca College hospitality and tourism students occasionally use the well-equipped kitchen.  Eaton hall has been set as a background in a number of movies and television shows including Murdoch Mysteries (very CBC). 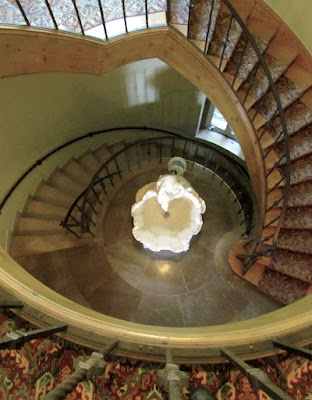 Currently it is seeing a bit of deterioration such as cracked rock-wall, peeling paint and wallpaper but it is all rather surficial.  The college continues to provide a healthy budget for the upkeep which includes the recent window replacements. 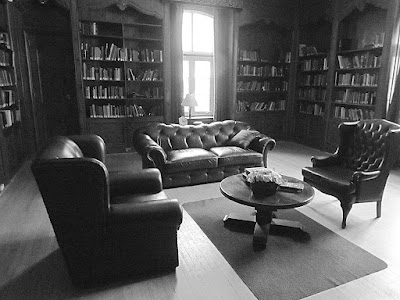 Through all of this, one thing has remained unchanged - as a condition of sale to Seneca College, the family wished that the portraits of Lady Eaton and that of her husband Sir John Craig Eaton forever remain in a prominent place. 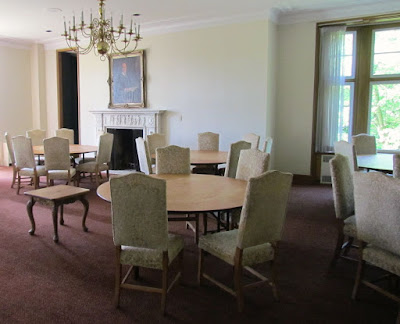