Yes, we know it has been since July of 2012 since I last posted, but we got busy with other things, but want to tell you that we never hung up our flashlight and camera.  One reason for our absence from the interwebs was there was a time when we did explore and post about a location, scrappers, vandals, and arsonists would use this blog like a hot sheet, which sucks lemons, as we want either a full preservation of a building, or a more natural (non-human) deterioration of it so we can photograph it.  Recently we've been keeping our proper explorations under our hats and not sharing (even on the forums).  We have been a bit more active in the local Facebook Groups 'If you grew up in Barrie' and 'Old Barrie', where 'Phil Coleman' is ubiquitous, (and irritating).  So, Allison C. poked us about supporting the soon-to-com Barrie Archive and scolded us for not posting to the UrbEx Barrie blog . . . here's yer damn post Allison.  :)

Anywhoos, lets get on with today's post - the former First Co-Operative Packers of Ontario (or COPACO) located right here in Barrie.  More specifically, located at the corner of Innisfil Street and Jacobs Terrace, which we believe was at one point in time called Baldwin Street. 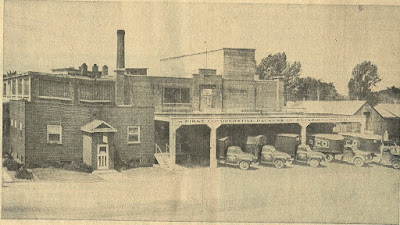 Formal opening ceremony on Thursday 21 May 1931 attended by 5,000 people and included a number of dignitaries such as Ontario Premier George Henry, and Mr. Kennedy, Ontario Ministry for Agriculture, and presidents of other well-known companies and banks of the day (think the stuffy old white dudes from Simpsons, Eatons, Loblaws, Dominion, London Life, etc.).

The original 1931 structure was two-stories (130' x 82') with a high basement (where they cured meats) and adjacent was the single-storey structure (52' x 85') where the livestock pens where.  Hogs (mostly), cattle, sheep and poultry arrived by truck or by train (train tracks are still here) to be processed.  Imagine if you will, the smell (and the piggy screams) from this place.

COPACO was incorporated in 1929 and by 1965 the co-op represented just over 1,600 livestock producers in Simcoe and surrounding counties and boasted an annual sales volume of approx. $10 Million (which was no small amount in '65). 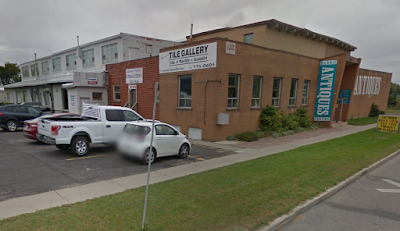 We have not yet been able to pin down a date of when the last hog took a trip through this abattoir, nor of any subsequent property owners - but - we do know that the Barrie Antiques Centre now occupies a large footprint within the old structure.

As for doing an UrbEx thingy and sticking our camera in forgotten places, we are definitely not dicks and respect the business owner.  We would love to be invited to explore the basement and other dusty corners but for now, we recommend you take a stroll through this massive and very kewl antique shop. 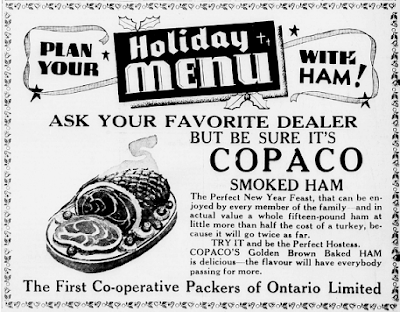